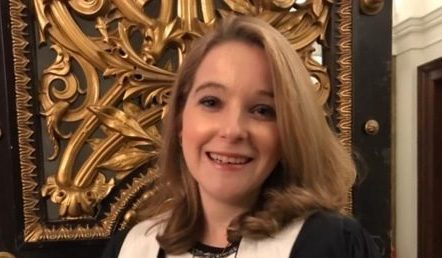 Dr Charlotte Newton is an Inter-Community School (ICS) graduate who is currently practicing as a General Practitioner (Family Doctor) in the United Kingdom.

In her final year at ICS, Charlotte was awarded the ICS Service Award in recognition of the service she had given to others.

“Schools shape you more than you realise. The right school and the right upbringing. I can’t say it was all the school, a good half of it was how my parents brought me up to always think of others, be kind to others and put yourself in their shoes. The two of those together have given me a good springboard to work where I work, and to do what I do.”

Charlotte believes that it is her responsibility to look beyond a pure medical diagnosis and try to understand the “social side of things”. For Charlotte, this has been so important during the pandemic and she shares stories of how she visited pharmacies to pick up medications for elderly patients, who were unable to leave their homes during this crisis.

Charlotte’s international background played a pivotal role in her connection with a young refugee girl who arrived at her surgery, hungry, powerless and in “floods of tears”. “I could just picture myself in her shoes, and the horrible things she must have seen and how she came to the country”. The young woman could not speak English, her Legal Aid Solicitor had abandoned her, she did not have any warm clothes or food. Charlotte felt she had to do something to help.

“We managed to get her in touch with the foodbank to get her some vouchers, and then the clothing bank to get her some clothes that were a bit warmer for her. She had come with just a few summer things and obviously wasn’t prepared for British winter…. she needed to continue with all the paperwork, and not speaking the language and knowing the law, she needed a solicitor to represent her.”

Charlotte reached out to her younger brother – a solicitor – for help. Together they were able to find legal representation for the young woman. A few weeks later, Charlotte had a visitor. The young woman came back to the surgery for an appointment. She was warm, had access to food, and her paperwork had started up once again. Charlotte had shown her how to access English lessons and the young woman had begun learning English. However, the highlight of this story came several months later when the young woman was finally granted permission from the Home Office to remain in the UK. When she returned to the surgery to thank Charlotte, she spoke English fluently and no longer needed to use telephone interpreters to communicate. “It was just a really, really heart-warming case.”

“challenging and being the best you can be is the most important. It is all very well to be good academically, but if you can be good as a person as well…. I think that is what education is missing, it focuses too much on the academic and not enough on the personal side of things.”