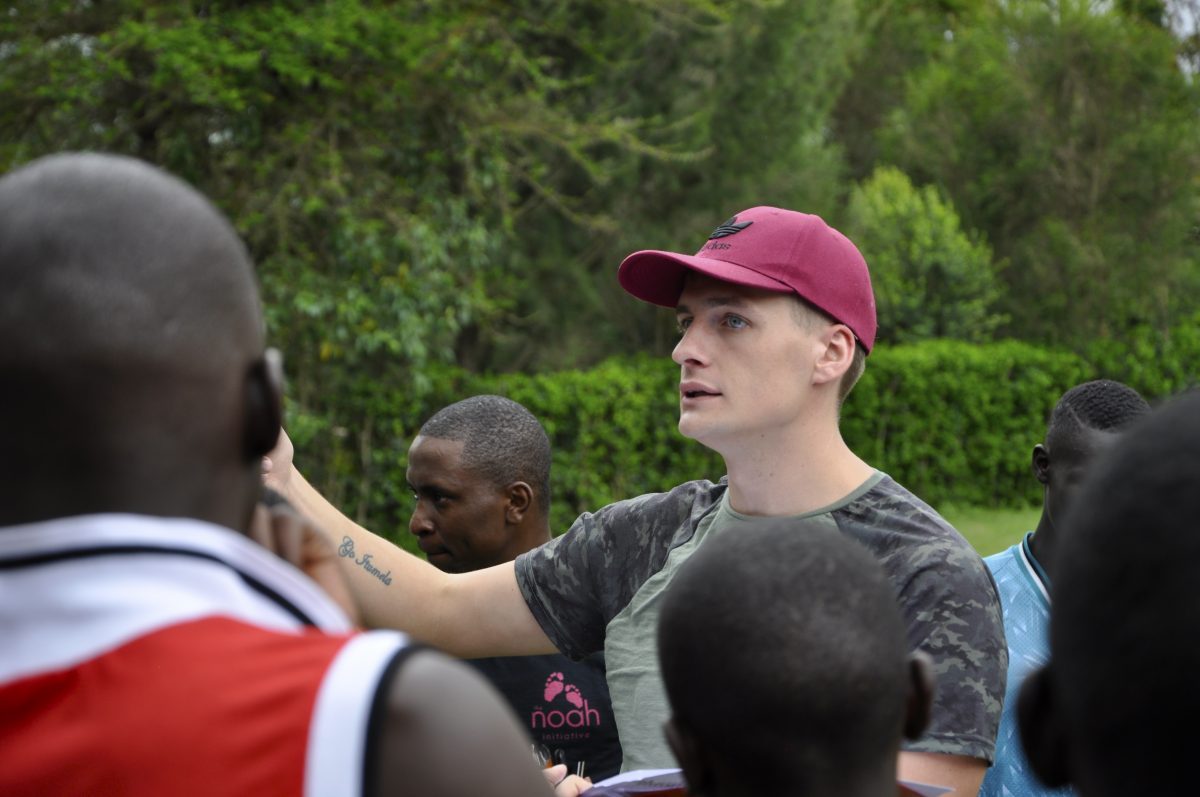 A former pupil of Windermere School, Elliot Berry is founder and director of Kenya-based charity, The Noah Initiative, which provides disadvantaged young boys in Kenya with positive mentors.

Elliot’s inspiration came from his experiences on exchange at RS School, Tiger Kloof, in South Africa, which ignited his passion for Africa and his interest in working with young people.“As a teenager, it’s a battle: between your heart, your head, your dreams, your fears,” he says. “Should you go with the easy life, which might be fun and financially rewarding, or should you pursue what you think is your life’s purpose? What you want and what you think you should do, do not always go together. I had been considering a few different careers but I couldn’t shake the feeling that there was more I should be doing with my life. I had a realisation then of what I could and should do, and that I needed to be involved in service”.

The Noah Initiative currently supports more than 60 boys, rescued from human traffickers or a life on the streets, and helps them to thrive in school. Its mentorship model also extends to the boys’ guardians and more than 40 vulnerable families have been supported in setting up businesses, and achieving financial independence, with the aim of providing a sustainable system putting the family in control of its own future.

Round Square came at a hugely pivotal time in my life, when my opinions were being formed.

And it all started when Elliot visited Tiger Kloof on exchange during the UK school holidays and there became involved in some of the school’s many service projects. He volunteered at a nursery for physically and mentally handicapped children and painted classrooms for schools in deprived areas but perhaps the project that had the biggest impact on him was the experience of working in a soup kitchen. “The lady who ran the soup kitchen took us to a rubbish dump where some people lived,” he recalls. “I remember thinking: this is not right. How can people live like this? How can they have been forgotten? It was shocking and distressing.”

Elliot describes how he was transformed by the experience, and returned to Tiger Kloof during his next school holiday to volunteer his time. He took the opportunity to immerse himself in the local community and culture and started to consider his future. He says “Round Square came at a hugely pivotal time in my life, when my opinions were being formed and when I was thinking about my future”. The following year, he participated in the RS International Conference, where he learned more about the social challenges faced by young people around the world, and strengthened his desire to dedicate his life to service.