Round Square schools as agents of social change 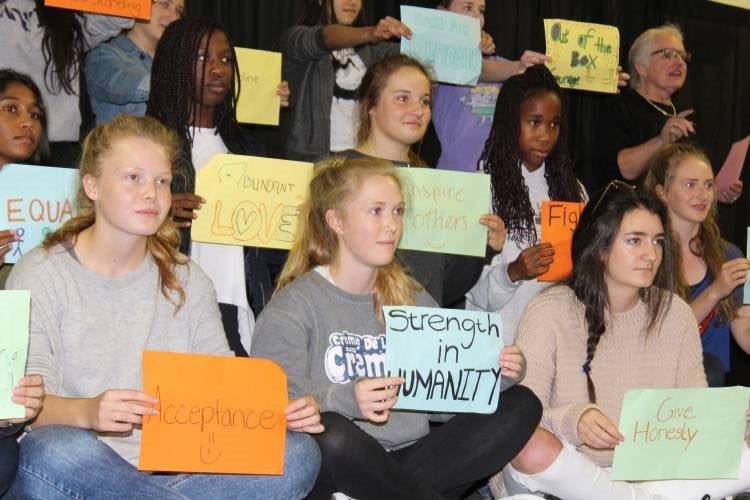 Through the  IDEALS, Round Square schools instil in their students a set of values that are powerful in transcending traditional mindsets, cultural conditioning, social and economic contexts.

Whilst the most immediate impact will always be felt in terms of the personal development of individual students, their collective experiences can also have a transformational effect on the culture, acceptance and evolution of the societies in which they live.

One of the greatest benefits to Round Square schools is the capacity in the network they share to open up a window on the world for their students. In some cases the resulting “culture shock” comes from an understanding that one’s own privilege and freedom is not replicated everywhere else in the world. In other cases the reverse is true, but in both the result is a determination to effect social and cultural change both within the school and beyond.

As Mahine Khan, Head of Chittagong Grammar School in Bangladesh, explains: “Our school draws its students from an orthodox Muslim community, living in joint family systems, presided over by patriarchs. It was believed that only the boys in the family should be educated. The girls were being prepared to be home makers, married off at an early age.”

With the introduction of the Round Square IDEALS into its curriculum programming, Mahine says, the school has effected a change on this cultural norm: “Starting with one girl in a class of twelve we now have equal representation of both genders in classrooms, the sport fields, the stage, on adventure trips, service projects, in exchange programs, in student conferences – in house and abroad, in student bodies… The word has spread that students graduating from CGS are fully empowered with the life skills needed to face any challenge put before them.”

A similar impact on the lives and prospects of female students is reported by Shalini Mehrotra, The Head of Vidya Devi Jindal School in Hisar, India: “Most of our girl students come from humble agricultural background in Haryana. They are in most cases first generation learners but schooling at VDJS brings about a complete transformation in them” she says, “Otherwise conservative parents who entrust their girls to us are happy and satisfied with the way they shape up into well rounded personalities and are proud of them. Round Square is a catalyst in bringing about positive change in the community.”

At St. Philips College in Alice Springs, Australia, Sarah Pollit, Director Chaplaincy, Student Leadership and Round Square, found that joining the RS network gave the school an opportunity to lead by example in the wider education community: “By distance we live in an extremely isolated area,” she says, “but St. Philips is dedicated to breaking that isolation and Round Square is a key way in which we are doing that, with opportunities for student exchange, conferences, service projects, and through access to a worldwide family of educators. Being part of the network brings a huge boost in morale, well-being, purpose and sense of value.”

As Sarah explains, the impact of the school’s significant exchange programme also has a positive effect in the wider community: “Continual influx of highly multicultural students has an impact on the town as they become involved with town folk in sport, cultural activities, service opportunities, home-stays, and social interaction. It helps to demystify the concept of Alice being isolated and encourages people to come and visit. It also provides our indigenous population with an opportunity to promote their culture and gain an extended worldview, a wider context, helping them to see beyond cultural issues here to the world outside.”

In the Middle East, Salwa Manaja, Round Square Rep at King’s Academy in Jordan also finds that Round Square membership is a great support in encouraging parents to embrace greater international opportunities for their children: “The idea of student exchange is not a familiar one in Jordan and starting the program at King’s Academy took some time” she says, “Through the Round Square network we were able to identify a good match for our students, and felt that we could be confident of a common and high standard of care and safety for both outgoing and incoming exchanges.”

As St. Philips College, Kings Academy, VDJS and Chittagong Grammar School have found, the transformational effect of Round Square membership often develops by association. For they and many, many more Round Square schools, there is a gentle cultural shift, driven by the collective weight of individual and personal changes in attitude and aspiration when magnified to an entire school community. But Round Square schools, also make very deliberate positive interventions into their local communities through a range of initiatives that engage their students in direct support and service to others.