Station 4 : Promote active, engaged Democracy with your vision for the future

What does democracy mean to you? Perhaps it means having a say – your right to freedom of thought and speech, to have your voice heard? Maybe you consider it first and foremost, a responsibility to actively participate – to use your voice, and act, in ways that add value to the world and draw attention to the things that matter most?

When we embrace a Spirit of Democracy, we exercise our ability to effect change, to promote equality, fairness, justice and inclusion, and to challenge principles and practices that we consider to be harmful to our planet and the people and creatures that inhabit its’ environments.

Over the next decade, it is imperative that we challenge the status quo to create a world that works after both its people and the planet. How do you imagine this future to look? A year on from first hearing about the Coronavirus pandemic, this question has never been more important.

Watch the film and its trailer below and consider the relationship between the two. How did the trailer capture your interest? What was it about the cinematography or the content or the questions it raised that would make you want to watch the full film? Think about what was left out of the trailer as much as what was included. Make some notes. At the end we will ask you to plan a trailer for your own film or a 30 to 60 second filmed pitch about your idea.

To watch the trailer and the film ‘A Wild Education’, click the images below and be ready to enter the password ‘WaterBearOriginals2021’:

Click on the image below and select ‘A Wild Education’ trailer from the WaterBear Trailers Folder: 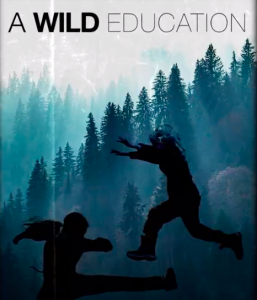 Either pick from the Trailers Folder , examples like ‘Chasing The Ice’ below: 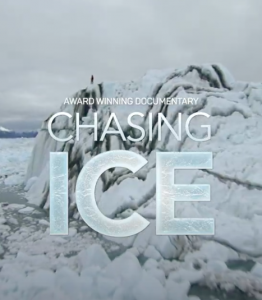 or If you have access to the WaterBear web site in your part of the world, you might want to take a look at some of these trailers and soundbites as a source of inspiration for a film clip of your own:

Now plan and film your own trailer or ideas pitch

A good trailer is a mini stand-alone, interesting entertainment film that exists to raise interest in the full film and convince the audience that they want to watch it. In the case of documentaries they often also exist to help the filmmaker raise financial backing to finish a film in progress and/or secure a distribution deal.

A documentary filmmaker will often begin work by actually shooting footage for their film without having the funding in place to complete and distribute it. It’s not unusual for a documentary film to evolve over time, with the story only really becoming clear to the filmmaker as they go along. Once they have shot sufficient footage and have a good idea of where the story is heading, producing a trailer can help to secure funding to complete the project.

Your trailer or pitch should establish the lead characters, show what’s most interesting about them and their situation, and indicate how their story pertains to larger generic issues that currently concern the a wider audience. It should give an idea of how you would make your film visually exciting – what special effects, re-enactments, animation or graphics will be used. Depending on your subject, you might need to get creative for this and use props, diagrams and sketches to demonstrate your ideas.

Your trailer should show that your presentation of your topic will have a compelling point of view, even when the film’s subject, which may be controversial, demands an even-handed, balanced presentation of facts.

Your trailer or pitch needs to be able to stand alone without any additional commentary or explanation. At the end you want your audience to be in no doubt as to what your film will be about. At the same time you need to make sure that you don’t give the whole story away in the trailer but instead raise questions and make your audience want to come looking for some answers in the full film.

It’s your turn to have a go. First spend some time planning (you might want to use some of the tools from other stations in the challenge e.g. to plan a storyboard or story arc for your trailer). Then enlist friends and family if you need other participants. Think about how you will creatively portray more complicated visual ideas that you won’t have been able to film yet (e.g. with props, sketches or a graphic description, or presentation of a storyboard)

Your trailer or pitch should: