There is no better way to build international understanding than through sharing our personal stories. When we learn about each other’s experiences, ideas, beliefs, contexts and cultures we celebrate the rich diversity of our planet and its peoples, and promote meaningful and lasting understanding, empathy and respect. In this way we can offer each other a window into our own world as one that might be unfamiliar to them, but shares some similarities and common concerns all the same.

In Round Square we talk about having a Spirit of Internationalism when you seek to discover the world through connecting with people from different countries and cultures, and develop intercultural understanding by exchanging points of view and ideas across borders. And that all begins with a readiness and willingness to share your own life story, or personal experiences, and an interest in hearing about the lives and experiences of others.

What personal story do you have to share that will inform and inspire audiences around the world?… before you answer that question…

Watch the film below and consider the following questions (and make notes/ draw sketches). At the end we will ask you to recreate the film’s storyboard, using sketches and notes to capture the story through its most impactful and critical scenes, frames and shots.

Click the image below to watch the film ‘The Whale Who Saved Me’ and be ready to enter the password ‘WaterBearOriginals2021’. 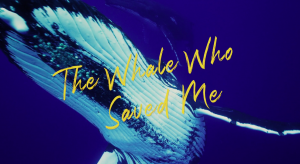 Using the notes you took and sketches you made whilst watching the film, have a go at recreating its storyboard. Think about which scenes were most impactful or pivotal, which you felt changed the course of action in the story, which conveyed the key messages of the film. Those are the moments you should aim to capture in the storyboard, which is also about what you leave out, as well as what you leave in… can you summarise the essence and mood of the film you watched in just a few static illustrations? Practicing this in reverse will help you later when you create a storyboard for your own film idea.

If you have access to the WaterBear web site in your part of the world, you might want to take a look at some of these films as a source of inspiration as you develop a storyboard for your own idea.

Now it’s your turn to draft a storyboard for your own film idea, to capture your vision for how the story might be told. If you are aged 11-13 you use your finished storyboard as part of your Round Square competition entry. If you are over the age of 13 and are planning to enter WaterBear’s ReScript the Future Competition, drawing up a storyboard in sketch form will help you to think about how to describe your film through images, pictures, sounds in your application, and explain “your intended artistic approach that informs the storytelling”.

Here are some tips for getting started: