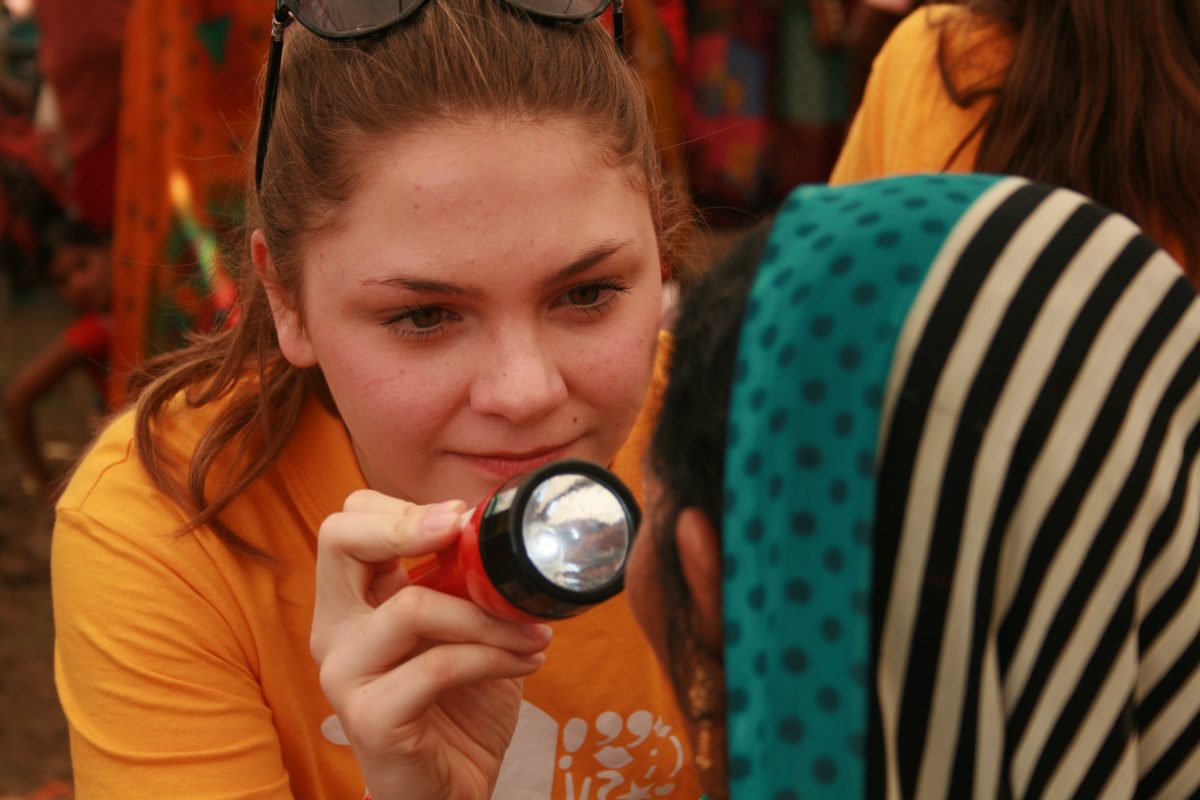 Working alongside their partners the Choithram Netralaya Trust Hospital and the Indian Institute of Head and Neck Oncology, the ICU2 team offered local inhabitants:

Heads of School, Christopher Hunter, Ermitage and Siddarth Singh, Emerald Heights described the spectacle of the crowds gathering as “a remarkable testament to our students’ capacity to work wonders together, to respond to the needs of the people coming into the camp!”

The eye camps operated on three sites, one in the Emerald Heights school gymnasium, the second in the Khajarana district of Indore and the third in the neighboring city of Dewas. In a week rich in service activities, the students alternated between camp sites and also had the opportunity to spend half days interacting with the children at the Indore School for the Deaf and teaching youngsters at the Choithram Netralaya charity school.

The results defied all hopes and expectations:

The students, mainly of years 10 and 11, worked incessantly side by side in a spirit of international camaraderie and cooperation. Those from France overcame considerable fatigue as they forged through rapid cultural adjustment with the help of their peers from Emerald Heights who, in turn, acted as cultural guides, facilitators, hosts and Hindi teachers. All together, they made this remarkable result possible.

To quote one Dewas citizen: “Many people are being benefitted by this free eye camp. I thank the schools for organizing this camp for the underprivileged people of the city. I pray to god to give you the resources to keep organizing such camps.”

For the second week of their stay in India, the Ermitage students continued on to Mumbia, with half of the group hosted by the Dhirubhai Ambani International School and the other by the Singapore International School. There, they discovered the city’s major sites and took part in a number of service projects alongside their peers from the two Mumbai RS schools.

To learn more about ICU2 or to become part of it, please go to www.icu2.org.