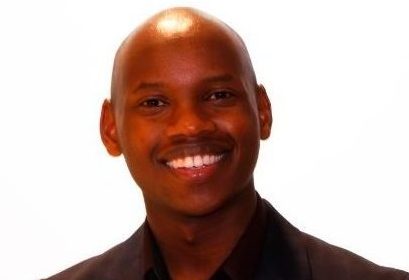 Jump on every opportunity offered by Round Square. Don’t debate it, don’t give in to moments of doubt.

Charles Masaki, a resident psychiatrist at Harvard Medical School, grew up in Kitale village in Kenya, before gaining a scholarship to Round Square School, Starehe, in Nairobi.

From there he went on to complete a medical degree at Nairobi University and a PhD at Oxford University, where he specialised in neuroscience. His research has taken him all over the world, contributing to cutting-edge research projects exploring potential new treatments to alleviate pain and manage depression.

At Starehe, Charles thrived in an environment typical of RS schools where students were encouraged to work hard yet live full and interesting lives. He says: “I really valued the approach Starehe had to our academic work and studies. It was made clear that we did not need to spend all our free time on our homework, and in fact, other hobbies and interests were encouraged. It made for a more rounded education and a more fulfilling one too.”

Whilst at Starehe, Charles had the opportunity to travel to Germany for the RS International Conference, where “everyone looked so different, everyone sounded so different, yet we were all at this conference together and despite our differences, there was an incredible sense of unity”. He says: “The Conference was the first time I had ever had a discussion about environmental issues. It enabled me to appreciate the global scale of the changes affecting our world.”

It was during the RSIC that Charles met the Head of Stanstead College, Canada and was offered a one-year position as a Junior faculty member teaching Maths and Science at the College. From Stansted, Charles returned to Kenya and completed a medical degree at Nairobi University and then a PhD at Oxford University as a Rhodes Scholar. His research explored the use of brain imaging with MRI to guide the development of newer treatments for psychiatric diseases. After completing his PhD, Charles secured a postdoctoral position at the Harvard School of Public Health, which led to his current role.

To the current generation of students he says: “Jump on every opportunity offered by Round Square. Don’t debate it, don’t give in to moments of doubt… I remember how scary it felt to travel to a new country, to speak to a stranger, to live abroad, to speak another language, to try a new activity.  But if I had turned down any of those opportunities, I wouldn’t be where I am today.”