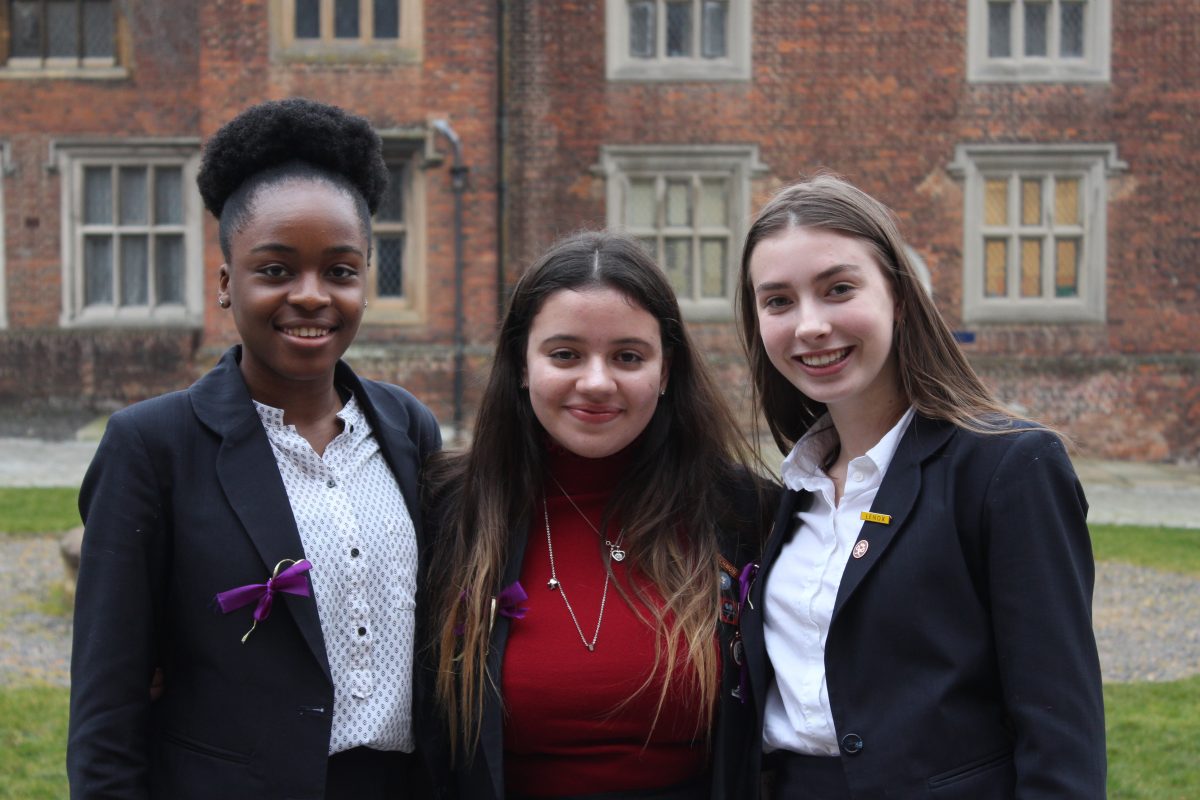 The Guardian Convention is one of the most significant annual events in Cobham Hall’s calendar. It is the day on which the Student Leadership Team, including the Guardian (our Head Girl), Deputy Guardian and the four House Captains are chosen for the next year in the life of the school.

Some girls anticipate the event years in advance, hoping that they might be chosen to represent and lead their friends and peers.  For the Year 12s putting themselves forward for positions, the weeks and days leading up the Guardian Convention are both nervous and thrilling. The Convention is attended by all students and staff. Opened by the Headmistress, candidates for Guardian give a speech and then take questions from the audience that they have no knowledge of beforehand. The running mates they have chosen to be their Deputies must also give a speech. House Captains also speak to encourage the girls in their House to vote for them. Speeches are frequently a mixture of the funny and the serious. They can be inventive, and are often full of hope and promises and always full of ideas.

At lunchtime, the Headmistress takes the Guardian candidates out to lunch while the rest of the School casts its vote. Results are announced at the end of that School day.

The Guardian Convention epitomises many of the Round Square IDEALS – notably Democracy – every staff and student vote holds equal weight. However, Leadership and Service are also at the fore, with a bit of Adventure thrown into the mix (for who wouldn’t need courage to stand in front of their peers asking for election?).

The Student Leadership Team consisting of a Guardian, Deputy Guardian and House Captains has a very significant impact on the life of the School throughout the year. They organise events, represent the students and are a major force of communication between staff and pupils.

The SLT has significant influence on the life of the School. They organise events and charity fundraisers, promote school spirit and represent the student body both internally and externally.  They also act as role models and an inspiration to younger students.

The Guardian and her team provide the essential link between staff and students.  The Guardian Period ensures that all students have an opportunity to air their views and put forward suggestions and ideas.

The SLT meets regularly with the Headmistress to discuss school matters. Staff and students from every Year Group belong to one of the four Houses and joining in House activities is part of Cobham Hall life.  There are many Inter-House competitions. House Points are awarded throughout the year for academic achievement.  A shield and a trophy are presented termly to the House and individual gaining the most House Points during the term.