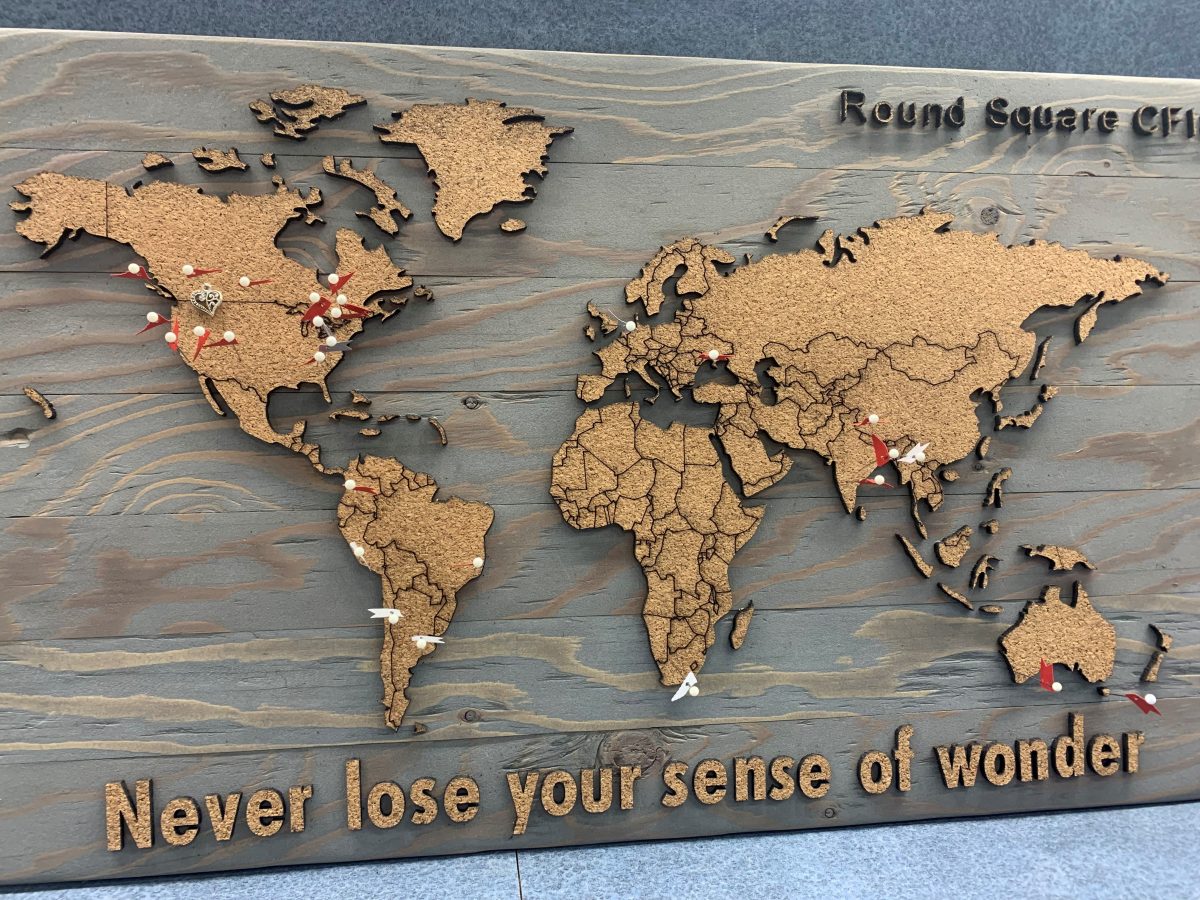 Inspired by participation in a Round Square Zoom Postcard, a group of middle school students at Calgary French & International School have formed a dedicated committee to join and host global discussions. Named ‘International Change Leaders’, the group collaborate with students in other Round Square schools to engage in RS Postcards around topics like sustainability, green energy, discrimination, racism, genocide and mental health.

One of our students participated in a RS Postcard hosted by fellow Round Square school, Radford College and was inspired to take action and organise their own event. He reached out to friends and school leaders to see if they would also be interested and from there, the group grew.

We sent emails out to students, and posted a notice on our website. We then sent the message to Round Square schools to advertise our events. We met online and had breakout groups that tackled different topics / events.

The committee consists of approximately 12 middle school students who meet once, or twice a week leading up to an event.

Their primary function is to prepare and lead discussions on various topics with other Round Square schools. They come up with topics for discussion and questions around them for their peers to consider.

They have prepared the following discussions/activities:

Time: finding time to meet as a group when people had varying schedules and activities. Some people could attend all sessions and some people had to pick and choose- it made it so that participants didn’t have to commit to all or nothing – they can determine what works best for them based on their schedule.

Participation in discussions: Some group leaders had more chatty groups than others during our hosted events The organization committees then started preparing “emergency kits” to use if the discussion was stalling (ie: games, ice-breakers, trivia). Learning to think on the spot and trying to inspire great discussions is also a skill that this challenge allowed our students to develop. It was also sometimes challenging to predict how many participants would show up for the event. This forced our students to be flexible, and adapt to their circumstances.

This initiative has had an incredible impact on the students. Firstly, in terms of leadership: they are becoming increasingly comfortable with presenting to the public, and communicating in an efficient way. Week after week, they sought to improve their communication skills and ways of presenting to better engage their audience.

Secondly, they loved hearing different perspectives. What students have been learning in these interactions and exchanges inspire them to expand their knowledge and outreach. For many of them, it was their first time engaging with such a diverse group. They love hearing different stories and viewpoints. For example, they were fascinated by varying levels of trust for governments and institutions, and were inspired by some projects and initiatives some countries advanced for the environment.

It has also gotten them incredibly excited about Round Square, and the possibility of doing exchanges and conferences in the future. Many of the students who participated from other countries returned to our discussions time and time again – this allowed for some relationships and friendships to form, and increased curiosity about different cultures.

It has helped them build their confidence. They were proud to connect with students from around the world, and to engage in discussions with them. They were so excited to see a new school/country sign up. They loved getting feedback from their peers from around the world. Additionally, it helped them gain knowledge and awareness about world issues – not only when preparing for their presentations, but also in engaging and sharing with peers.

It’s created links across grade groups with students from different grade levels working together to achieve a common goal, which helped build community spirit and relationships.

The club is now a permanent fixture of our extra-curricular activities. The committee is excited to work on more projects next year, including volunteering in our community and perhaps even host a regional/global conference when international travel resumes.