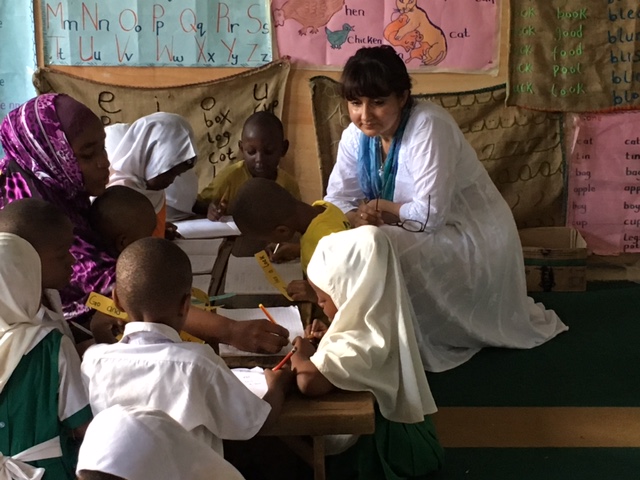 I started to learn that Leadership isn’t about making yourself the priority, it’s about representing your team members

Nimet Rener is Director of the Aga Khan Education Services, an agency of the Aga Khan Development Network, which supports over 200 schools and education programmes, predominantly in rural areas, across 13 countries in East Africa, Central and South East Asia.

Nimet was one of the first intake of female students at Gordonstoun in Scotland, where she found an environment “infused with Round Square values”, where “girls were encouraged to seek new opportunities and experiences in equal measure with their male counterparts.”

Charting the development of her Leadership skills back to her time at Gordonstoun she says: “Having opportunities to take leadership roles at the school helped me understand that leadership isn’t necessarily about being the first, or necessarily the best, but being the one who can bring people together towards a shared goal and create a team spirit. I started to learn that Leadership isn’t about making yourself the priority, it’s about representing your team members.”

At Gordonstoun, Nimet participated in the Ocean Spirit programme, involving two weeks out at sea, as well as a range of camping and hiking expeditions: “Experiences such as these definitely helped me learn to go with the flow and not be precious about small comforts,” she says. “Even today, in my trips around the world, colleagues are often surprised with how relaxed and happy I am when in rural areas and that roughing it is not an issue!”

Nimet attributes her tenacity, optimism, and adaptability to her time at school: “As I’ve matured, I’ve often looked back upon those years at Gordonstoun. They have definitely developed my openness to new experiences and to not saying ‘no’ as my first response: it’s allowed me to say ‘yes’ more often” she says. “It showed me that everything is possible and taught me to just go for it,” she says.

After a rich early career in education, Nimet was approached to join the Aga Khan Development Network in 2002 as a Senior Education Officer and was offered the role of Director of the Aga Khan Education Services in 2010. “I cannot think of anything more privileged than the opportunity to participate in a role that I believe to be fundamentally about stewardship” she says. “What we do now and the decisions we make will influence what we leave for those who will come after. That is a heavy responsibility.”