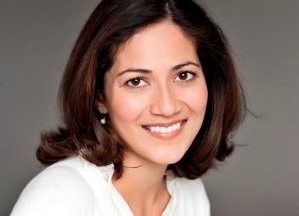 Round Square is delighted to announce that BBC World broadcaster Mishal Husain has become the latest recruit to the Round Square Idealists.

A former pupil of Round Square school, Cobham Hall, and now a BBC broadcaster, Mishal has reported live on location from around the world, including Cairo during the Egyptian revolution and the violence of August 2013, and from Pakistan after the deaths of Osama bin Laden and Benazir Bhutto. She is also well known for her work from the United States as the BBC’s first Washington-based anchor, where her nightly news programmes developed a keen following. Mishal was named broadcaster of the year at the London Press Club Awards in April 2015.

Speaking about her new role with Round Square, Mishal said “My parents were inspired by the ideals of Kurt Hahn and the belief in educating the whole person. That in turn has become a part of me, as has the internationalism of the Round Square movement, which helped spark my interest in international news and broadcasting from around the world.”

Mishal has presented three critically acclaimed BBC documentaries, most recently ‘Malala – Shot for Going to School’, about the schoolgirl Malala Yousafzai. Previous series have examined social media in the Arab Spring (‘How Facebook Changed the World‘, 2011) and the life of Mahatma Gandhi for BBC2 in 2009.