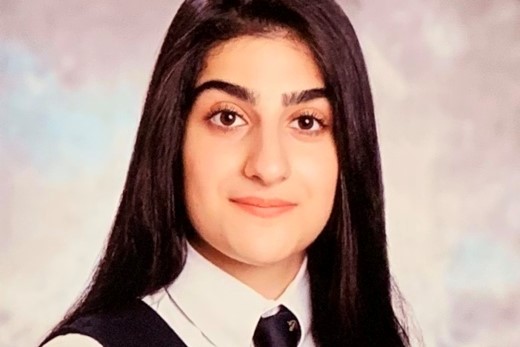 This year, St. Clement’s School awarded their King Constantine medal to Dena Abtahi for her work with promoting diversity and inclusion in the school. As an Iranian-born person who has recently moved to Canada, she’s been raising awareness about not only cultural diversity but also gender diversity, sexual orientation, differences and in ability.

During her time at St. Clement’s Dena was Head of the Diversity Committee and helped to organise events such as monthly meetings with staff and students, creating a diversity statement for the School, organising assemblies raising awareness of diversity and inclusion issue and  helping to create inclusion by embracing multiple perspectives, experiences, and cultures.

“Dena is a passionate advocate for diversity and inclusion,” says Louise Melville, the school’s Round Square Rep “She has overcome personal adversity and grown stronger as a result of her empathy and willingness to listen to others. I am proud of her literal and figurative journey and having nothing but praise for her worldview.”

Dena graduated from St. Clement’s School this year and will attend her first year of Life Sciences at the University of Toronto with a goal to go into neuroscience research. “Though my courses are going to be heavily science-orientated, I hope to be an active member of the community. Encouraging those around me to engage in conversation about the inequities of our world and our obligation as global citizens to take action rather than be bystanders to things like violence, discrimination, and climate change.”