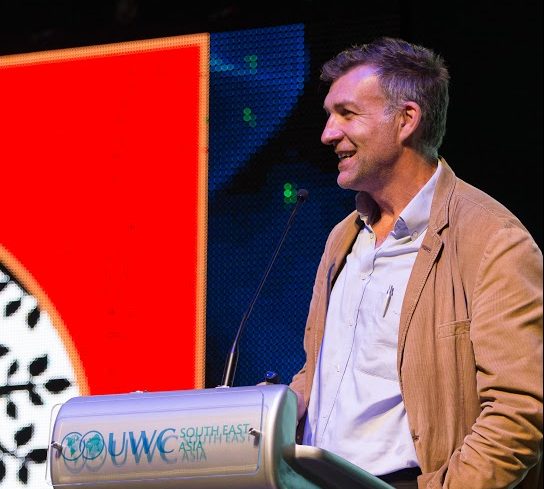 As he launches his 25zero expedition, we are delighted to announce the appointment of Tim Jarvis, AM as a Round Square Idealist for the Environmental Stewardship pillar.

Australian environmental scientist, author, adventurer and public speaker, Tim is committed to finding pragmatic solutions to major environmental issues related to climate change and biodiversity loss. He uses his public speaking engagements, films and books about his expeditions/work to promote progress thinking in these areas and emphasises solving problems by action not advocacy. Tim also works as a sustainability adviser on multilateral aid projects in developing countries for organisations including the World Bank, Asian Development Bank & AusAID, and is also Global Ambassador for WWF-Australia. He has undertaken unsupported expeditions to some of the world’s most remote regions, and has a long history of working with sponsors and the media. Expeditions include to the South and North Poles, across Australia’s largest desert, the Great Victoria Desert and in retracing the polar journey of Sir Douglas Mawson using 100 year old gear and equipment and starvation rations as Mawson did in 1913.

Tim’s 25zero expedition is about inspiring action on climate change. As he explains, melting glacial ice is one of the clearest indicators of climate change. Nowhere is this more apparent than where you’d least expect to find ice – at the equator where 25 mountains still have a glacier. Within a quarter of a century these glaciers will be gone due to climate change – in some cases, far sooner. Put simply, 25 mountains zero latitude, 25 years zero ice – 25zero.

The 25zero expedition will see teams climb a mountain in each of the countries the 25zero mountains are situated in during the course of The United Nations’ Climate Change Conference (COP21 – Nov 30 to Dec 11 2015 in Paris). Live video, images and messages about the rapid disappearing glaciers will be transmitted to decision-makers at COP21 by the 25zero expedition teams with an urgent appeal for action to combat the causes of climate change.

Round Square is proud to support Tim in this campaign. Fellow Round Square Idealist David Hempleman-Adams, Adventurer and recipient of the Polar Medal, added “Having witnessed first-hand the changes to mountain glaciers and polar environments over the years, I have nothing but admiration for Tim’s inspired campaign. I know that the Round Square community will be supporting him all the way, and adding its voice to the call for action. In any expedition, you are reliant on your support team, and I would urge Round Square’s students to engage with the debate online and actively get involved by raising money for climate change projects.”