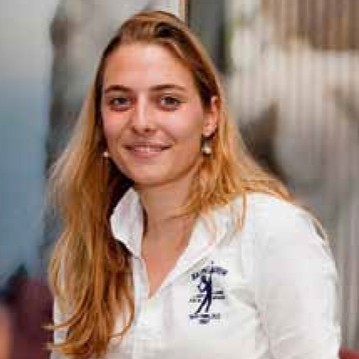 As a Personal Project in 2009 Violetta came up with the idea of MPAP – A Multi-Purpose Aid Parcel. While watching a report about the earthquake of Samoa and thinking of the Tsunami in Thailand five years earlier, she was shocked by the destructive power of natural catastrophes and impressed by the mass of relief supplied immediately from people all over the world. However, after watching the reports for a while, she realised that a great deal of excess pollution from the packaging of this aid was generated.

Inspired by the way in which less privileged communities around the world are inventive in creating shelter from different discarded materials, she wanted to find a means for the packaging to create a stable shelter.

The result of this process is MPAP a box that combines packaging and transporting of relief supplies with a mobile, lightweight shelter.

After finishing the Personal Project successfully Violetta was advised to patent the idea at the German Patentamt in Munich. MPAP then caught the attention of CARE Deutschland – Luxembourg, an internationally acknowledged aid organization Together with CARE MPAP was first presented to the public in October 2011, in Germany. Currently Violetta and CARE are refining the concept of MPAP, to increase stability and utility, as well as to reduce cost and waste. The future plan is to optimise MPAP for recipients in different situations, run trials and support CARE in their work.