Back to Our Schools

The Daly College, located in Indore, Madhya Pradesh, India, was founded by Sir Henry Daly of the British Indian Army during India’s colonial British Raj. The story commences from 1870 when the institution was named as the Residency School.

The IDEALS in our school

Today there is not a student in the secondary or senior secondary classes who is not conversant with the philosophy of RS or who is not touched by it to some extent. In 2015 we have received an award from Education World based on a survey that declared DC to be the No 1 School for Internationalism in India.

What being a Round Square school means to us

We do not believe in doing less when we can do more and we also believe in giving beyond the conventional boundaries.

DC initiated Inter Regional Cultural tours in music and dance; a certificate course in Indian Culture; exchange of sports coaches; eye camps in partnership with an RS School in Paris (over 25000 free spectacles disbursed so far); and in building toilets for girls in government schools so that girls may attend school and get educated. This initiative has been recently adopted by the Prime Minister of India.

Where to find us 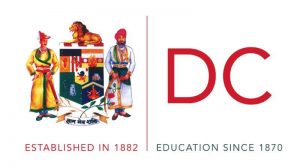