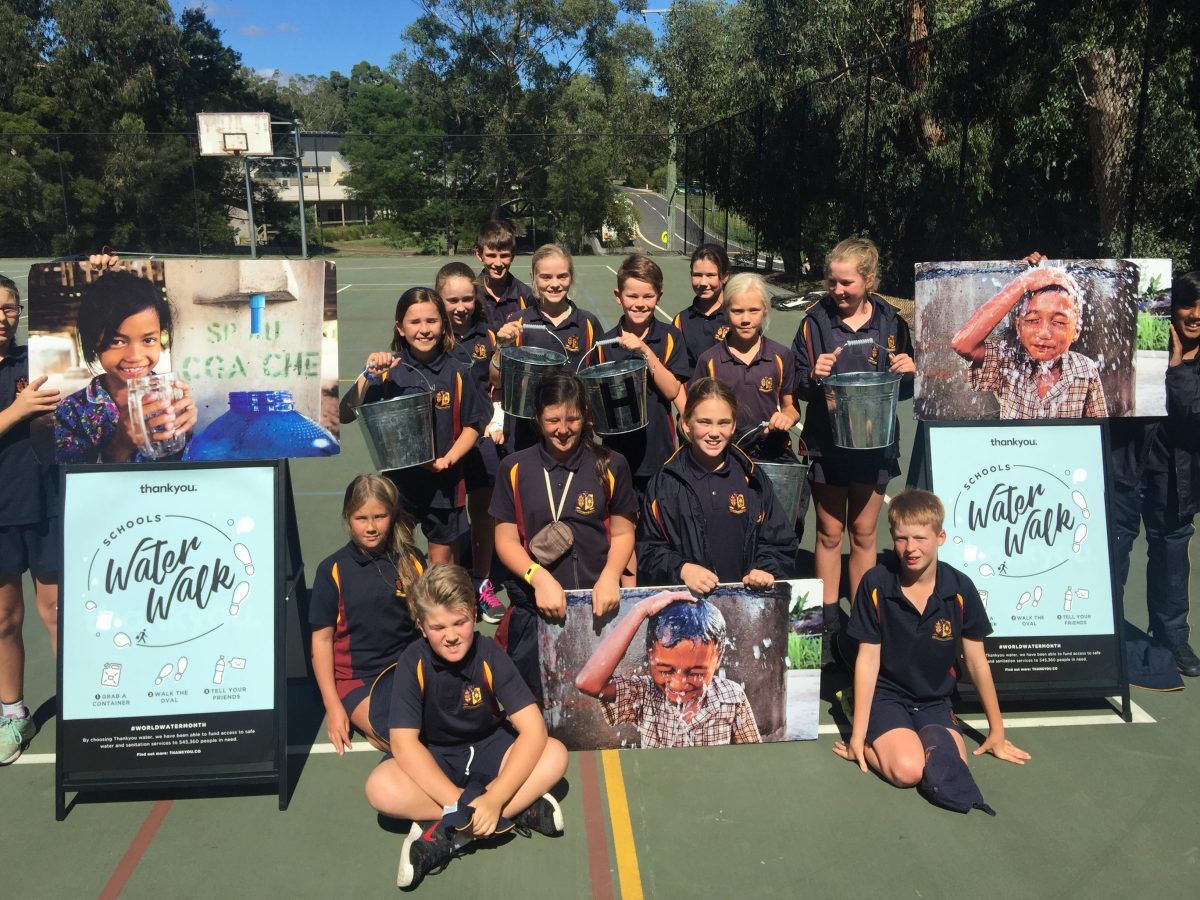 At a Regional Conference for 10-12 year-old students at Scotch Oakburn College in Tasmania in 2015, discussion commenced about providing a platform for cost-effective and inclusive conferences in the local region. The formation of a cluster group was initiated to develop ongoing and more frequent opportunities to celebrate the Round Square IDEALS together.

Round Square representatives planned the concept using video conferencing. This resulted in a commitment to schedule a series of cluster mini-conferences for 11-12 year-old students (Years 5 and 6 in Australia). The events would provide a taste of what Round Square is all about, using one day programs packed with activities and engaging speakers to inspire this age group.

We agreed to rotate the host school and organisational responsibilities, and planned a schedule for the year ahead.

The schedule allowed for two Cluster Conferences each year, one per semester, focussing on one or two IDEALS in a one-day program.

Each host organises their event differently, it’s quite a fluid and flexible process, which allows for individuals and schools to personalise the event. In the case of Scotch Oakburn, the Rep convened the event with help from the Education Outdoors department and other colleagues keen on the Round Square philosophy. A team of twelve Year 8 students were also involved in the planning and acted as Baraza Leaders during the conference. Their involvement was essential in creating successful relationships at the conference. Host schools have found that the organisation of a mini-conference is achievable with one champion supported by an enthusiastic team around them but appreciate the support of the other cluster schools should they need any advice or guidance.

The host school also determines the focus and activities for their mini-conference. They draw upon their own strengths in this respect but there is an overall aim to rotate through all the IDEALS: we have successfully covered all of them in some way.  The host school also decides whether to incorporate specific activities involving the Discovery Framework. One host school has done so and incorporated all 12 Discoveries with each Baraza group responsible for two of them.

One general observation on planning is to avoid ‘information overload’. With the mini-conference contained to just one day, host schools aim to create a program that focuses on developing deeper understanding of an area rather than overwhelming students and teachers with too much information.

Ivanhoe Grammar School (Plenty Campus) hosted the first Cluster Mini-Conference in August 2016. The conference included an indigenous focus based around a presentation to students from Ian Hunter, a Wurundjeri Elder. The key ‘Spirit’ was Leadership.

Subsequent conferences at Billanook College, the Minimbah campus of Woodleigh School and Scotch Oakburn College focussed on the IDEALS of Democracy, Environment and Adventure. The most recent event in Tasmania was held over three days, instead of one, as most delegates had to travel. This adventure-based experience was held at Scotch Oakburn’s outdoor campus and was scaffolded using the Discovery Framework.

A common element of the mini-conferences is Baraza Group discussions, led by older students, ensuring that the Round Square structure is modelled for these younger participants. This also ensures that all students gain experience of working with others in a respectful and democratic way and the older students are afforded genuine leadership opportunities.

Managing costs – The idea is that costs, apart from travel, are covered by the host school, and that each of the six schools hosts a mini-conference in turn. Costs are kept to an absolute minimum which means that a much larger number of students from each school can take part in a Round Square event. The host school can involve as many Year 5 and 6 students as they like on the day and the visiting schools can bring up to 8 delegates.

Over the two years since the first event, 250 eleven to twelve-year-old students, from the six schools, have participated in four mini conferences. This has inspired many of them to look at longer and more distant opportunities as they move into Middle and Senior school years.

Staff have also been very positive about the fact that we can provide an entire Round Square event on a small scale for younger students, which gives them a taste of what the bigger events really are about. They are very affordable events so are therefore accessible to far more students across the socio-economic spectrum.

Those involved would highly recommend this collaborative model to other clusters of Round Square schools around the world. Clusters can be based around any age group depending on which schools are in close enough proximity to each other to facilitate these events.

The fifth mini conference was held in Ballarat in October of this year and focused on Environmental Stewardship.