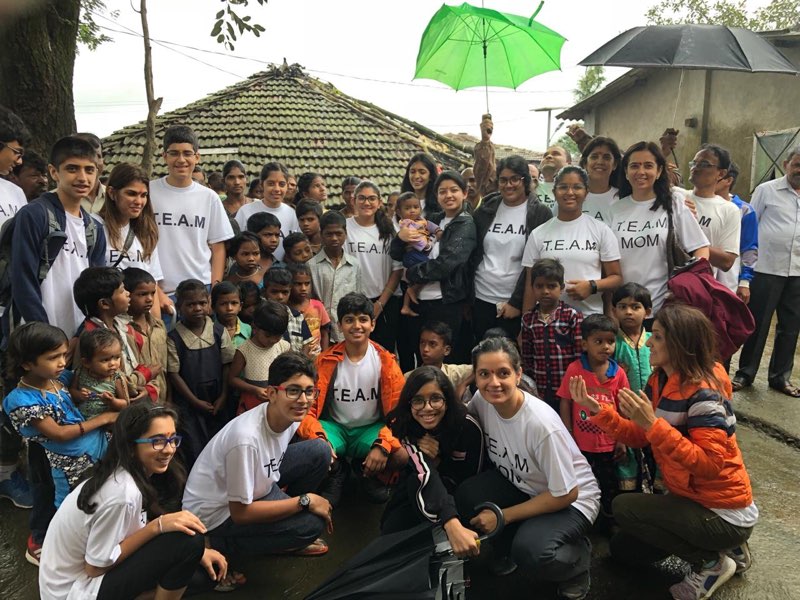 Dhirubhai Ambani International School awarded the King Constantine Medal to Aditi Raheja for her commitment to service. Aditi has been a part of several service initiatives that have had a great impact on the local and international community. Aditi is the founding member of T.E.A.M (Together Everyone Achieves More) a student led emergency-relief task force specializing in early-response disaster management that aids under served communities in rural India. She has recruited 20 teenagers from various schools across Mumbai and successfully completed five initiatives over the last four years, feeding, supplying, and sheltering over 28,000 people.

“T.E.A.M is representative of my broad commitment to advancing public service initiatives in developing nations”, explains Aditi. “It has fostered compassion within me and taught me to instill the same in my peers. I’ve learnt that a true leader creates other leaders.”

Aditi stresses that the secret behind the success of T.E.A.M. is unity. She appoints equal responsibility to each member in various fields where their interests lie; whether its researching to install solar panels in a village with no electricity, or drawing out housing plans with volunteer architects to provide shelter for the homeless. She has also encouraged a culture of anonymity around fund raising to eliminate shaming or bragging among donors. Together, T.E.A.M. has raised over $200,000 for five initiatives.

The first initiative in December 2015 was in response to the drastic Chennai floods that submerged the entire city. Aditi mobalised a group of students to help provide survival, sustenance, and rehabilitation kits, consisting of bottled water, some biscuits, soap, one set of clothes, mosquito repellent, a mat to sleep on, utensils, etc to families that were left homeless as a result of the flood- an idea that she adapted from the survival kits that were being given to Syrian refugees, that she had read about. “This project was the birth of T.E.A.M and we received an endless amount of support through donations. This is when I knew T.E.A.M would continue thriving, as the people of our country needed us”, says Aditi.

A similar unexpected downpour in Mumbai two years later left 34 citizens dead. T.E.A.M. brainstormed overnight and catered to the instant needs of slum dwellers for food and water. They used the power of social media to spread the word and organized trucks to pick up fresh, warm, home-cooked food from countless homes across Mumbai just four hours after the rain settled. This alleviated the hunger of 3000 people while bringing a smile to their faces.

While excess water seemed to cause trouble in Mumbai and Chennai, a severe lack of water in the remote villages Devachi Urli (2016) and Sholam Pada (2018) resulted in a fatal drought. T.E.A.M. raised funds to pay for a bore well to be dug to supply the villages with water.

In 2017, T.E.A.M. also provided nutritious food to the malnourished children of Sonshiv. During a visit to Sonshiv, Aditi realised that in addition to the food shortage, the straw houses of the villagers left them susceptible to harsh weather conditions and wild animals. Therefore, T.E.A.M took up a six week long housing and development project that successfully resettled twenty families into twenty permanent and safe homes.

Aditi graduated from DAIS with an International Baccalaureate Diploma in 2019 and is pursuing her interest in Biological Sciences and Global Health at Northwestern University, USA. She says, “My goal as an undergraduate is to discover ways to creatively tackle urgent health problems and embrace my responsibility as a member of the global scientific community. I’ve faced the toughest situations- from inadequate resources to political barriers. But through every struggle, T.E.A.M has never given up on me, which is why I will never give up on it either.”